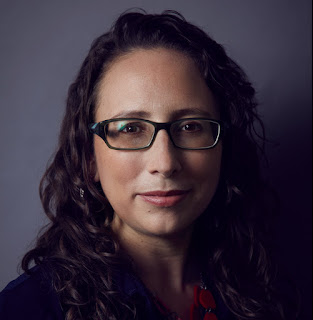 Biography
Kelle Cruz is a rising Associate Professor of Physics and Astronomy at the City University of New York Hunter College. She is an observational astronomer and studies low mass stars and brown dwarfs. She was born and raised in San Antonio, TX. She earned both her BA and PhD in Physics and Astronomy from the University of Pennsylvania in 2000 and 2004, respectively. She was an NSF Astronomy and Astrophysics Postdoctoral Fellow at the American Museum of Natural History in NYC from 2004-2007 and then a Spitzer Fellow at Caltech from 2007-2009. She joined the faculty at CUNY in 2010 and was recently awarded tenure and promotion. Kelle is the founder and editor of the AstroBetter.com Blog and Wiki. She is also on the Coordinating Committee for the Astropy Project. As Chair of the AAS Employment Committee she helped expand the  professional development workshop offerings at the Winter meeting. Her term as a AAS Councillor begins in June.


Jillian Bellovary*: The BDNYC research group is a really unique scientific community.  Can you talk about your role in establishing the group and the leadership role you have?

Kelle Cruz: The BDNYC research group is based in NYC and is led by three women. One of our primary goals is to foster a supportive and inclusive environment for our members.
I was never interested in leading a typical research group. I’ve always recognized that I wanted to do things differently. Specifically, I wanted to create an environment that was supportive of various types of learners and students like myself who were never considered “good at physics” because they weren’t good at the classes. I’ve known since I was a freshman in college that being a good scientist is very different than being good at getting A’s in Physics classes and I wanted to create a research group which recognizes and honors that.
For personality reasons, I decided that I wanted to live in NYC no matter what and staying in Astronomy and/or academia was secondary. The opportunity to become a professor at Hunter College (which is part of the City University of New York) and to collaborate with my best friends came after my decision to settle in NYC. However, my commitment to NYC also fueled my dedication to build a successful collaboration. At the time of formation, I was a brand new faculty member, Jackie Faherty was about to get her PhD from Stony Brook, and Emily Rice was a postdoc at AMNH. We all had a shared vision of living in NYC, doing research, strong outreach, and mentorship.

Jillian: In your opinion, what qualities make your work so unique and compelling?

Kelle: Brown dwarfs are literally cool while also being scientifically complex due to the clouds in their atmospheres. They can be thought of as massive planets or as super small stars. Their properties have clues to tell us about both planet formation and star formation. In fact, for some objects, we’re not even sure if we should call them “failed stars” or over-ambitious planets. I think it’s this not-quite-knowing-what-they-are-yet, not being able to reliably label them, which makes them particularly intriguing.

Jillian: You have been an active participant in AAS Hack Day and .Astronomy, and you are the founder and maintainer of AstroBetter and a coordinator of the Astropy Project.  Why do you think these things are important for our field?

Kelle:  Astronomy is relatively small compared to other fields and our ability to organize is much higher than in other larger disciplines. I find this ability to influence the way everybody does things very attractive. I think that improving the technological proficiency of the astronomy community is low hanging fruit for making everyone happier, more productive, and more marketable outside of academia. The initial success of AstroBetter and it’s near immediate influence on the field propelled me to take on active and vocal roles in similar initiatives and communities such as .Astro and the Astropy Project.

Jillian:  Please tell us about yourself.  What’s your story?

Kelle:  I was raised a Jehovah’s Witness and we spent a lot of time thinking about how we got here and what the future holds. When I was about 12, I realized that since I was a woman, I would never be able to hold a leadership role in the JW organization and that was a deal breaker for me. My self-awareness of my bossy-ness was acute at an early age and if I was going to dedicate my life to something, I’d want to be in charge! Around junior year in high school, I recognized that studying Astronomy was a way to continue engaging with these same weighty topics in a community where I could hold a leadership role. In many ways, AstroBetter is just my version of proselytizing, just like I was raised doing.

Jillian:  Congratulations on being named an AAS Councilor!  Why did you decide to run for council?

Kelle:  As long time chair of the Employment Committee, I have become familiar with the way the AAS works and was eager to take on an even larger role in the society. I am particularly excited about helping to usher in the new governance structure, which gives more voice to the committees. I also think that the AAS is an avenue for making tangible change real for a lot of people. In a time where we might otherwise feel helpless, the prospect of making things better for people via the AAS is very attractive.

Jillian:  Who inspired you as you were pursuing your career, and how?

Kelle:  I’ve always been self-directed. There was no person in particular who I was aiming to emulate.

Jillian:  What challenges or obstacles have you faced in your career, and how have you overcome them?

Kelle: I am bad at doing physics problems. I have overcome this problem by recognizing that skill is mostly relevant for being good at physics coursework and the physics GRE and is not a prerequisite for doing excellent science. I think I was just lucky that this disconnect was obvious to me very early in my career. There were two things which helped me “overcome” this obstacle: 1) I got involved in research as a freshman because I was precocious like that and 2) I didn’t know better. I was free of preconceived notions about what being a good scientist means so being bad at the coursework didn’t discourage me very much.

Jillian:  People of color, especially women of color, are severely underrepresented in our field.  Can you point to any factors (specific programs, individual mentors, etc.) that helped you succeed?

Kelle:  YES. The PREP program in San Antonio. I was taking math and engineering courses for three summers starting after 8th grade. We were told that we were the “cream of the crop” and we were also all Latinos or African American and also got free lunch because more than half of us qualified – in retrospect I recognize that this program was selecting first generation college students and the generally underprivileged who would otherwise not have been pushed towards STEM careers. We had speakers come to tell us about career paths, college, and pursuing a professional STEM career in general. As a result, I was academically prepared and aware of the options available to me.
I was maybe 12 or 13 and my mom said, if we weren’t JWs, I would want you to go to an Ivy League school. And since I wasn’t super committed to being a JW, I realized I should consider going to an Ivy League school. I don’t think that’s what she intended to happen! By the time I was in 9th grade, I had decided I wanted to go to the University of Pennsylvania. Mostly due to the undergraduate business program. I got accepted as a junior, deferred admission so I could finish my senior year of high school. During that year, I decided I wanted to pursue astronomy and not business. A motto I came up with is that I didn’t want to make money by making other people money. This is something which I still live by. I arrived at UPenn and went to the “Astronomy” adviser. I learned that the Astronomy dept had recently been dissolved. He asked me if I wanted to do backyard astronomy or science astronomy. I told him that I wanted to be scientist and he told me I had to be a physics major. That is NOT what I had in mind -- I had dropped out of my high school physics class. I declared my major immediately so that it would be harder for me to quit.

Jillian:  Can you share any ideas you have about making astronomy a more equitable and inclusive community?

Kelle:  I think we have many “aspiring allies” who want to help but lack the experience, training, knowledge, etc. I think if we made this a priority for our community, in the same way we’ve made transitioning to Python, for example, a priority, we could be the most inclusive scientific community in the US and a role model for everyone else. We’re small. Word travels fast. Grass roots efforts make world-wide impact in a short period of time because people move around so much. I think if every dept/research group/collaboration dedicated some time to raising awareness and changing practices, we’d reap the benefits of increased matriculation and decreased attrition. People would choose to become astronomers over other fields because of our awesomeness. Basically, I think small but dedicated efforts are worthwhile.

Jillian:  What advice would you give to young people interested in following your path?

Kelle:  Self-awareness and knowing what you want is really helpful in making decisions and choosing the path that’s right for you. Spend time and energy looking inward and thinking critically about what you want more of in your life and what you want less of. Make career and life choices which will get you more of what you want and minimize what you don’t want. Iterating on this algorithm is what led me to my dream job. Everyone’s optimization function is going to be different.

Kelle:  Thanks so much for taking the time to do this interview series!

* Jillian Bellovary is an assistant professor at Queensborough Community College and a research associate at the American Museum of Natural History.  She is also a member of the Committee on the Status of Minorities in Astronomy (CSMA).